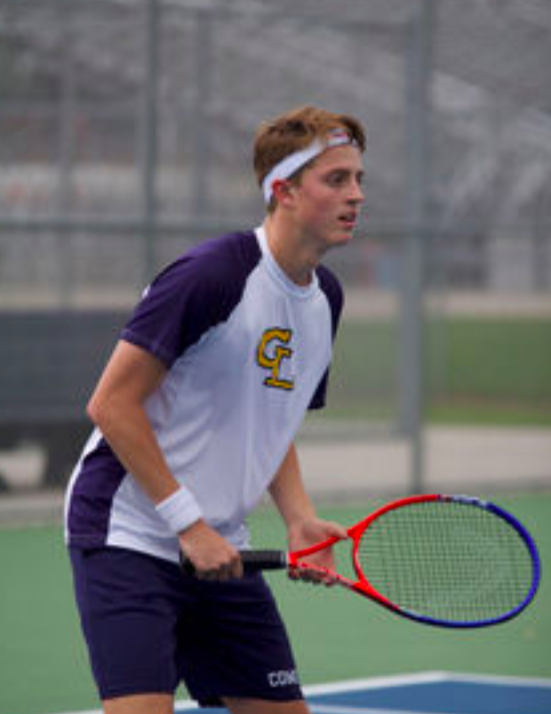 Tyler McCready stands ready as his opponent serves. This was McCready's first year on the tennis team.

From the court to the classroom, Casey McDonnell manages it all. McDonnell has been a teacher of Physics and Physical Science for eight years and just recently became the new head coach for the boys’ varsity Tennis team. While this was his first year with the boys team, he has had a lot of experience to help him be a great leader. This experience includes playing tennis since he was five years old and loving the sport, coaching junior varsity girls tennis, and coaching freshmen girls’ basketball a few years prior. McDonnell had a very interesting philosophy towards the sport. He felt it was more about learning and growing rather than winning.

“We had more losses than wins as a team, but I don’t have a problem with that at all, because I think that when you lose, you learn more than when you win,” McDonnell said. “Wins and losses is not even something that I’m necessarily all that concerned about.”  McDonnell’s outlook on the sport is a bit different than most, but it proved to be worthwhile. The players enjoyed learning and improving themselves under McDonnell’s care.