An underrated title that has come to be a fan favorite, and why it deserves a playthrough 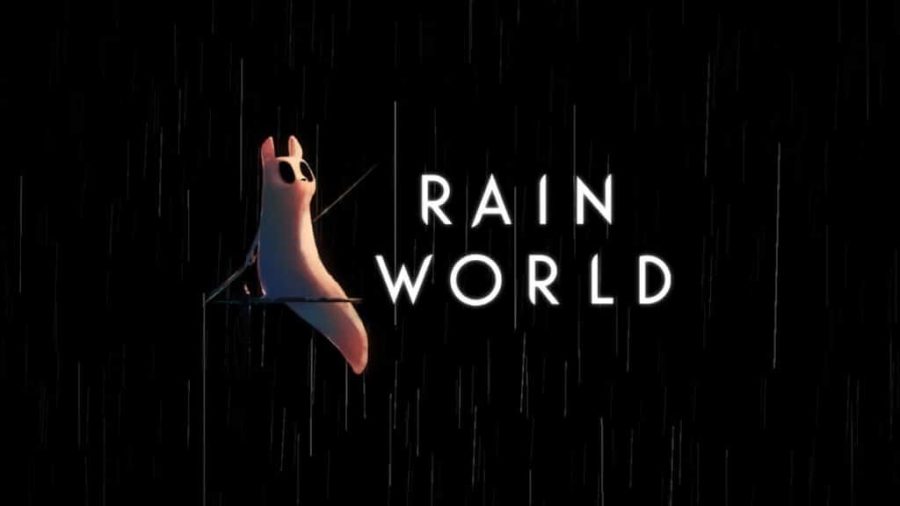 The title screen of Rain World displays the main character right next to the name of the game. This is the screen you see right before the game starts and you choose what file to play.

“Rain World” is a game with an extremely immersive atmosphere and is as fun to play as it is difficult, creating a truly unique game. It is a Survival Platformer game that has an extremely unique play style. As the player, the main goal in the game, is to find the main character’s family that they were separated from by a torrent of rain in the games opening cinematic. But there is so much more to the world of “Rain World” than just that.

The game takes place in a constantly active ecosystem in which the character, a hybrid animal called a slugcat, falls on the lower end of the food chain. With these living and hunting obstacles, one of the player’s main goal in this game is to just survive the harsh ecosystem, but the player, being part of that ecosystem, also needs to eat. Players  have to find (in normal mode) at least four things to eat for one cycle including, but not limited to, bats, glow fruit, and centipedes. A cycle lasts 6.5-13 minutes and is ended by the rain, hence the name “Rain World”. At the end of every cycle a violent torrent of rain comes down, and if players are outside a hibernation chamber when this happens, they will lose and get knocked down a karma point. Karma points are this game’s way of tracking progress. If players successfully live a cycle and get to a hibernation chamber in time, they get a karma point, but if they die they get knocked down a karma point. To cross over to another region, players need to have a certain minimum of karma points or else the gate to the region will just not open. Each region has its own specific music, scenery, layout, and creatures for players to learn and explore. With a total of twelve regions, there is so much to explore and learn that you can really enjoy this game to the fullest. Once players are done exploring, there is an in depth and immersive story waiting for them.

Personally, this game is easily the most fun I have had playing video games in a long time. However, this game has its flaws. If players are not good at this kind of game, it can feel repetitive because they will die a lot and feel like they are getting nowhere. Also, this game doesn’t really tell the player a lot about what you’re supposed to be doing, it provides a sense of adventure and feels like the player is learning while they are playing it. However, it also leaves them somewhat ill equipped on how to navigate and survive the terrain along with confusion on what to do. However, once players gain traction, this game is an amazing and challenging game that I think most people can have fun with.