Why Is Trump In a Peach? 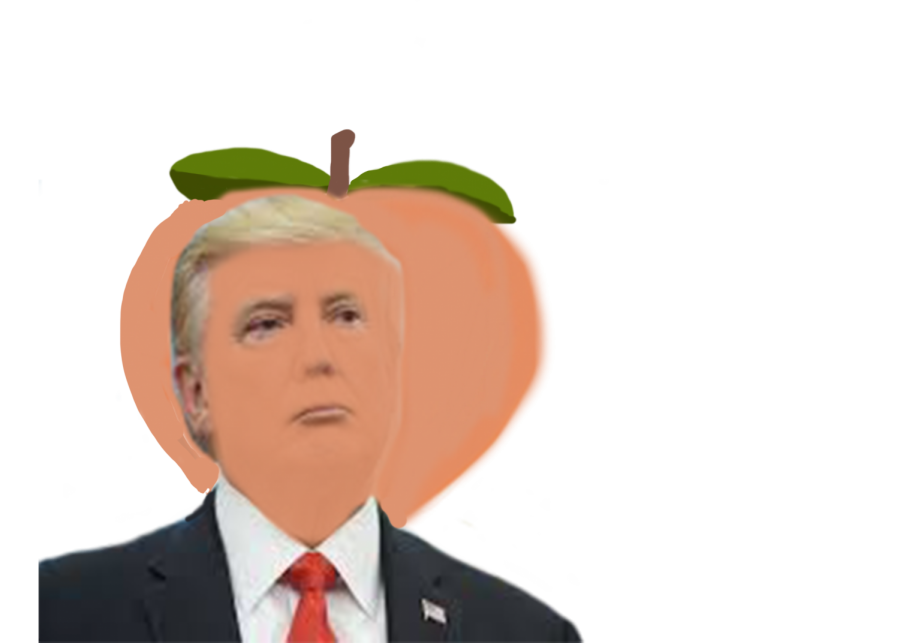 President Trump's Impeachment is the third in United States history.

Only three times has Impeachment occurred in American history; Andrew Johnson in 1868, Bill Clinton in 1998, and finally, the 45th and current U.S. president, Donald Trump in 2019. Impeachment is the process by which a legislative body charges a government official with a crime or crimes. In the president’s case, the House of Representatives votes on whether or not to charge the president with the crime or misdemeanor, the case then gets sent to the Senate to vote on whether or not to remove the president from office. For Donald Trump, the House lead the inquiry into charges of foreign interference in the 2020 U.S. presidential election. On Dec. 18th, 2019, the House voted on the findings of the inquiry and formally impeached Trump.

Why they Impeached Donald Trump

On Sept. 24th, 2019, Nancy Pelosi, the Speaker of the House of Representatives, announced that six committees from the House would begin formal impeachment inquiries into President Trump. Pelosi accused Trump of betraying his oath of office, the integrity of the country’s elections, and U.S. national security. This comes after it was announced that an intelligence officer had filed a Whistleblower complaint alleging wrongdoing by Trump. Three of the six committees leading the investigation brought witnesses to testify that they believed that President Trump had asked Volodymyr Zelensky, the current Ukranian president, to announce an investigation into former Vice President and Democratic political rival Joe Biden’s son, Hunter Biden and the Ukranian gas company that he worked at, over a phone call. Trump threatened Zelensky with withholding U.S. military aid as leverage to push him to start the investigation. With this, Donald Trump used his position and power as president to use leverage against a foreign president to get information about a political opponent.

After this phone call, White House officials proceeded to try to “lock down” the records of the transcripts, alleging to the whistleblower that the officials understood the gravity of the wrongdoing, and still tried to cover the president’s tracks. This information was shown to the House, among witnesses testifying. However, during the impeachment inquiry, the White House refused to provide documents to congressional investigators, and instructed its advisers and officials to deny House subpoenas and refuse to testify, essentially trying to stonewall the impeachment process and, according to the definition of the crime ‘Obstruction of Justice’, “interfering with the orderly administration of law and justice.”

Now, with both articles of Impeachment passing, it will be sent to the Senate, and will initiate a trial. The Senate holds the sole power to try the President and will begin as early as the second week of Jan. 2020. The Impeachment from the House formally charges the president with wrongdoing, while the Senate Trial will decide if the President is guilty and decide on the fate of the President. If convicted during the trial, the President could face removal from office and disqualification from holding any future office. Keeping this in mind, however, the Senate, by a majority vote, can change almost all of the rules when it comes to trying for Impeachments, as they hold the sole power to do so.

Senior Samantha Craig – “No one is above the law.”

Senior Grace Carey – “The impeachment is a big hoax. It’s not necessary. He’s getting impeached for nothing. In the court hearings the witnesses only have hear say (sic.) evidence. And that’s inadmissible in the court system. And what they’re accusing him of, ‘took place’ after the accusation and impeachment process started. And the funny thing is, his approval ratings are going up. Democrats are becoming Republican (even politicians) because it’s such a hoax. The impeachment is just a huge waste of taxpayer money. Pelosi still isn’t sending over some documents to the senate. What she’s trying to hide is the real question here. He’s done nothing illegal. All he’s done is good for our country. Look at the facts.”

Junior Harper McNamara – “Trump’s impeachment charges are pretty substantiated. Really, anyone who claims that there is no evidence is completely ignoring reality. There are literally phone call transcripts. Also, when people say that it isn’t worth going through because of the Republican controlled senate, I would very much disagree. For one if we don’t at least attempt to impeach, this sets a historical precedent of not holding our elected officials accountable for their actions. Also, there are plenty of republicans in the senate who bank off of staying on the fence with the Trump administration, and forcing them to publicly take a position is going to expose their beliefs to their districts, who are less likely to support them in the future if they show their support for trump.”

Senior Travis Hunt – “I’m all for it because anyone that purposefully puts millions of lives in danger should not be given power.”

Senior Ananya Kamath – “ I believe that impeaching Trump was an important motion made. It speaks to the judgement of the President’s actions. I believe it is important to consider all sides and form an educated, not opinionated, stance.”

Senior Connor Powers – “It should be happening, but blinding party loyalty will make it useless.”

Senior Emma Gober – “I think the process, though it didn’t amount much, showed the growing disapproval for the President, possibly changing the outcome of the 2020 election.”

Senior Sela Abdo – “My opinion is that if the President’s party is the majority of congress, then it truly is just one perspective being presented.”

Junior Kaitlyn Newton – “ I feel that Trump should absolutely be impeached and evicted from office. He is an embarrassment to the United States reputation.”