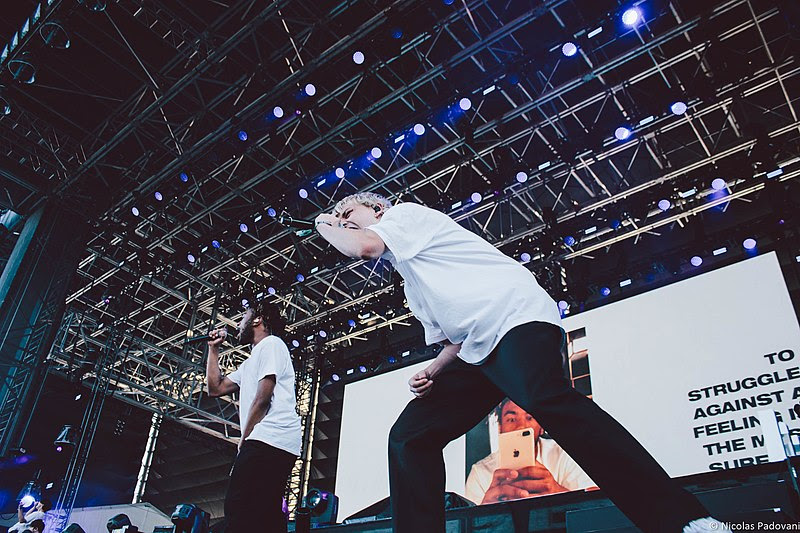 After a hiatus of over a year-long, the pop/rap group BROCKHAMPTON has released their newest album, ROADRUNNER: NEW LIGHT, NEW MACHINE, and it tackles some of the most mature themes in the band’s history. The group discusses the problems and struggles they faced over 2020, including reconnecting with their family, isolation, racism, and grieving the loss of a parent. Before the release of the album, the single BUZZCUT was released alongside videos of the notorious producer Rick Rubin and artist RZA describing their thoughts on the album. But what are the thoughts of a student that has absolutely no experience making music?

The album takes on a new style on this album with a much more hip-hop sound, as opposed to the pop feel on their previous album. That’s not to say that there are no pop songs at all because love song tracks like I’LL TAKE YOU ON and OLD NEWS ensure that the band’s pop sound is going to stay. I think those songs were some of the better ones on the album, but the more hip-hop-oriented songs were still good. The hard-hitting opener BUZZCUT, the mellow CHAIN ON, and the meaningful banger DON’T SHOOT UP THE PARTY are some of the most hip-hop-based songs on the album that provide a sound that we haven’t heard from the band before. On the opposite end of the spectrum, band member Bearface provides a more quiet moment on the album with his solo track DEAR LORD, in which he prays that his friend and fellow bandmate, Joba, can recover from the loss of his father. Joba goes into his grief from his father’s suicide and his struggling with his mental health in more detail on the highlights of the album THE LIGHT and THE LIGHT PT. II alongside Kevin Abstract who talks about the discrimination he faces as a gay black man and trying to reconnect with his unaccepting mother. The former track uses a flashy electric guitar sample, while the latter brings a somber close to the album with an acoustic guitar and a hook from Joba about how the light is worth the wait.

Roadrunners takes on a new turn for the group as the album with the most features. While it is nice to see more features on an album, the amount on this one made it feel like other band members had less time than on previous albums. It’s a little disappointing how few tracks some of the band members like Dom Mclennon were on. That being said, I would say that the album is overall enjoyable and one of if not the best in the band’s discography, which is coming to a close soon as lead member Kevin Abstract announced that the band’s last album will be released later this year. It is not 100% official as Kevin said the group would be breaking up after their first three albums which did not end up happening, but it is still possible that they may be finished by the end of 2021.