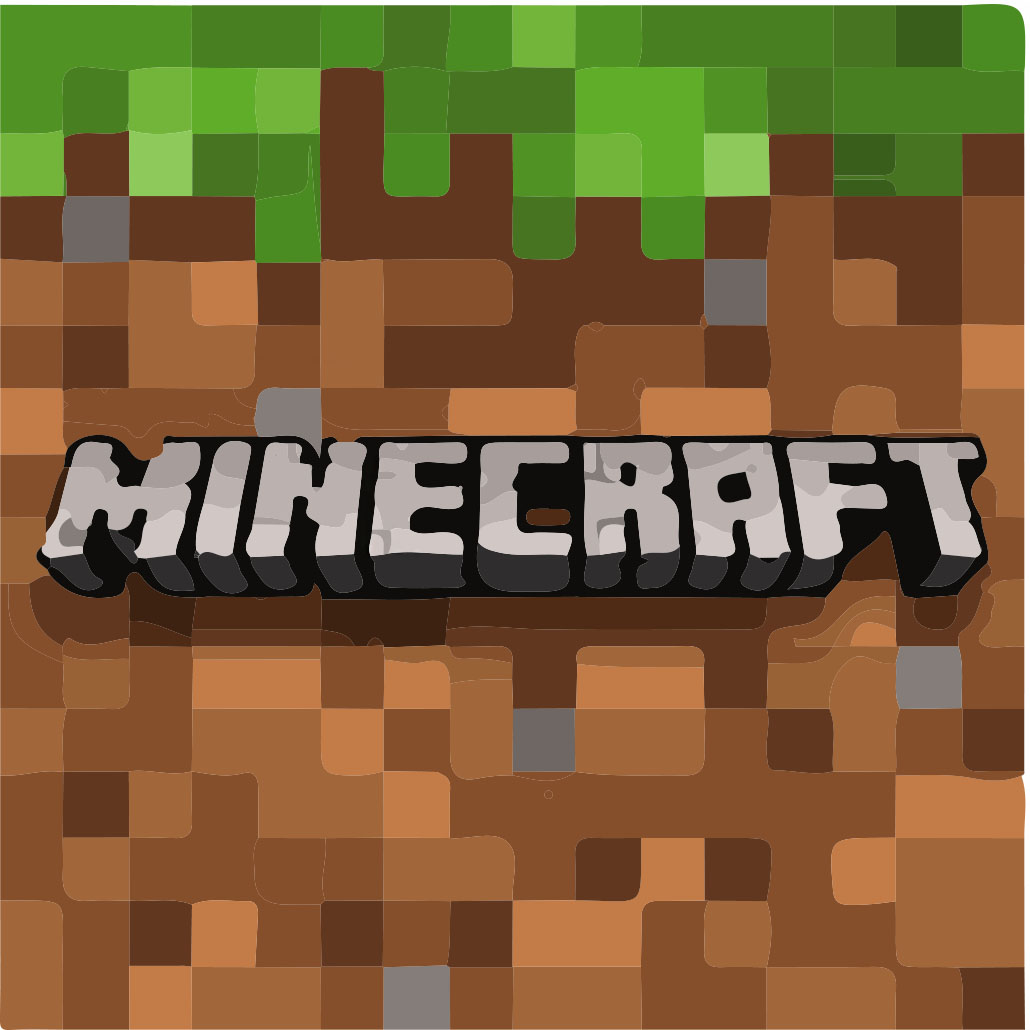 The iconic dirt block of Minecraft sparks nostalgia for many players of the game. At Grand Ledge, the logo is well known school-wide. (Graphic By Hannah Perri)

The iconic dirt block of Minecraft sparks nostalgia for many players of the game. At Grand Ledge, the logo is well known school-wide.

The Rise and Fall (and Rise) of Minecraft

Ah, Minecraft. The one game that has been able to stand the test of time ever since its release 10 years ago. Yes, that is correct– 10 years ago. How has such a simple open world sandbox game been so replayable? There have been many updates so the game does not get too boring, but it is essentially still the same. A couple of months ago, I decided to “boot up” Minecraft again. But when I got on, I still felt familiar with the controls, even though it had been a couple of years since I last played. Playing even more, I concluded that Minecraft is not just a simple game about building– it is a game of nostalgia.

To have that nostalgia, there has to be a beginning. Given my personal experience, I remember playing Minecraft for the first time in mid-2012. Playing with friends at Willow Ridge Elementary in Grand Ledge or with family was also a bonus, propelling my love for the game even more. Although I knew this was a popular game, I decided I would look around on YouTube to see what videos would be on there. Let me just say (and I know this may be a stretch) it was a cathartic experience. Every YouTuber had some type of Minecraft video, similar to how Fortnite is today. The main YouTuber I watched was Tobuscus, whose videos I would watch every time I came home from school when I was a kid.

However, this popularity did not reign for very long. According to YouTube statistics, late 2013 was when Minecraft really started to fade away. For Tobuscus, his page is basically obsolete. He never posts anything anymore, and when he does, he barely gets any views. The main reason for this collapse? Well, in a way, Minecraft never really died. In saying so, look at the stats now. Minecraft may be more popular than ever, with videos on YouTube, as well as memes on Instagram and Reddit.

“Minecraft has always had a special place in my heart.”
– Josh Irwin

“Minecraft has always had a special place in my heart,” Grand Ledge High School student and Twitch streamer Joshua Irwin says. “I think this effect goes for others as well. It’s a comfort game and I think that’s why it’s brought a lot of people back. I do believe that a lot of streamers and YouTubers have triggered its return. Once Pewdiepie officially hopped on the train, I think that’s really when it took off. Eventually it became mainstream again and has made a huge impact on others in the gaming community.”

“Nostalgia for sure,” Max Schaefer, another student at Grand Ledge High School believes. “People started playing it again ironically, but then they remembered how fun it was and the memes became the truth.”

For the final interviewee, I decided to take a bit of a different take. Fortnite, a similar type of game to Minecraft in terms of popularity, may have the same effect a couple of years from now. “I think that Minecraft was always relevant in one way or another, and it’s the relevance of how people knew about it and have now decided to actively play it and enjoy it,” Luke Roskamp, who has played both of these games a bit, has a different opinion on the issue.

While with Fortnite, the game is entirely different from Minecraft. Where Minecraft you can do as you wish, in Fortnite you can’t. The gameplay is limited and some new released game could possibly take its place in the future.”

Minecraft is much more than a game about building and surviving against virtual enemies. It is a game of nostalgia, a game of friendships, and a game of viewing. Everywhere you go, you will probably see some type of Minecraft advertisement somewhere. The impact is truly amazing, and I can not wait to see what else Mojang is able to come up with in the future.