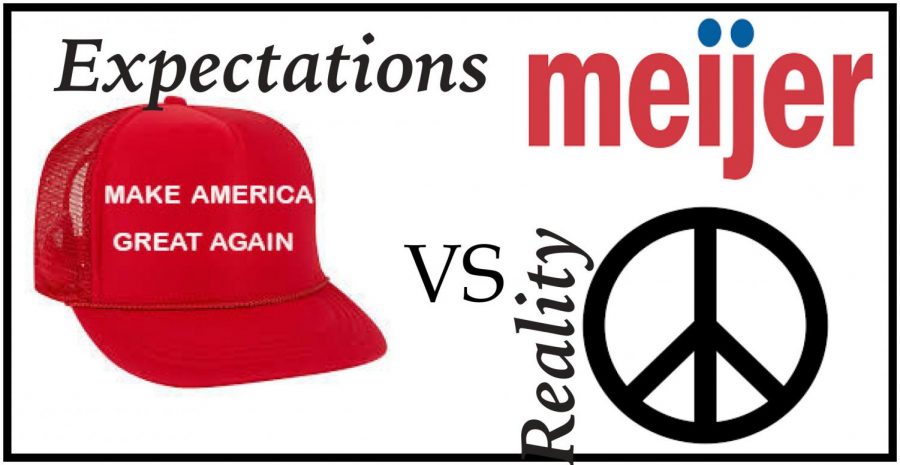 This graphic displays the thought process of what my expectations for Grand Ledge were. However, the reality was quite humorously different.

It is obvious that there are environmental differences between California and Michigan, so I knew things would not be the same once I moved here. In fact anytime I had talked to classmates about moving here, they would tell me about the cold, the snow, and how much winter is going to suck. Aside from the physical aspects between the two states, another obvious difference would be the culture.

The same way people in the Midwest assume Californians are weed-smoking surfers, I had assumed that everyone in Michigan would be a Trump-loving conservative.

My mind had not changed when I first attended Grand Ledge High School due to how predominantly white this school is. I had become skeptical of the people around me, and spent the first few days of school keeping to myself.

When we first started discussing things like race, culture, politics, and socioeconomic status in my English 12 class, I was surprised. These topics are no strangers to me, in fact these types of things were often common discussions where I am from. I had expected most people in my class to have a very conservative view-point on most of these topics. And although a couple of my classmates opinions did not quite align with mine, I was surprised at how progressive the conversation actually was.

I had been struck with guilt. I liked to see myself as an activist against those who judge and hate on others. Yet there I was skeptical of those around me because of what I had heard about the midwest from others. I had gone against my own morals because I was scared of being different from those around me.

I have now been at Grand Ledge for one month and love it even more than I loved being in California. After being open to new people, I have learned that almost everyone here is very similar to me.