Gearing Up for Football 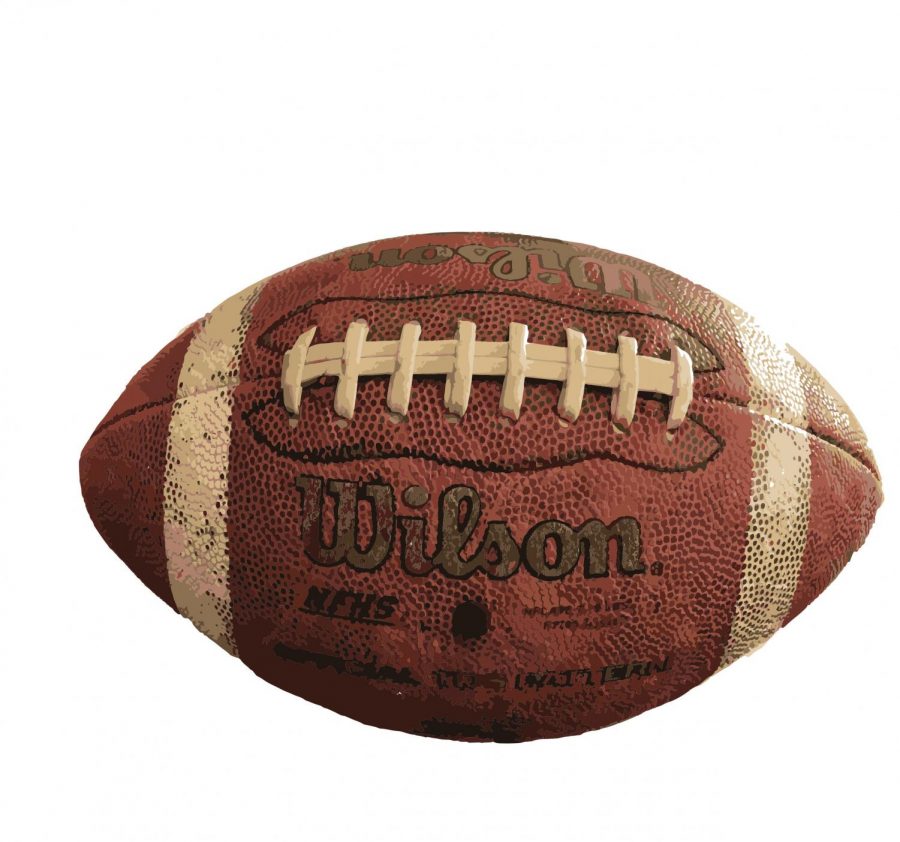 Cameron Roberts, a senior Varsity Football player, has had this football in his family since childhood. His dad gave it to him when he was 13.

As Grand Ledge High School starts off the new year, the Varsity football players are preparing to kick off the football season. Football season is not just a bunch of players tackling each other on the field. It consists of daily practices, conditioning, studying game strategies and improving offense and defense tactics, as well as learning to communicate with one another as a team.

One of the biggest support systems for any team is the coach – whether it be emotional or physical support. Joe Brya is the new head coach, and with him he brings a new motto for the team. He constantly tells his players to “Chase It”, a statement that has several meanings to the football players.  “Chase It” means to keep going after one’s goals no matter what. The motto is kept present by the players during practices and especially during football games.

“It helps us feel more together, more like a team,” Robert Stehlin, a junior on the Varsity football team, said. Players have said that Brya’s motto helps the team keep their focus and stay motivated.

Coaches are not the only ones to bring support to the team. Players support each other at games and practices.

The team puts forth as much effort as possible; studying plays, putting them in motion, discussing what tactics are improving as well as what still needs to be fixed.

Being a football player requires commitment and dedication which are shown in the games. Before having a game, the players must have practices, which includes conditioning. Needless to say, preparation is nothing to take lightly.

“We do sprints and laps, we have practice Monday through Saturday except Fridays because those are game days,” Logan Costello, a freshman on the Varsity football team, said. Practices take place after school which include sprints and weight lifting two times a week. The players work hard at every practice and are dedicated to improving.

Football season started on Aug. 29, 2019, with an unfortunate loss. The offense and defense were unfortunately not prepared, and did not play as well as possible. However, the team is working to turn that around for the remainder of the season. The last game will be held on Oct. 25, 2019, facing none other than their biggest rivals: Holt High School. Stay tuned for the remainder of the season.

Gearing Up for Football