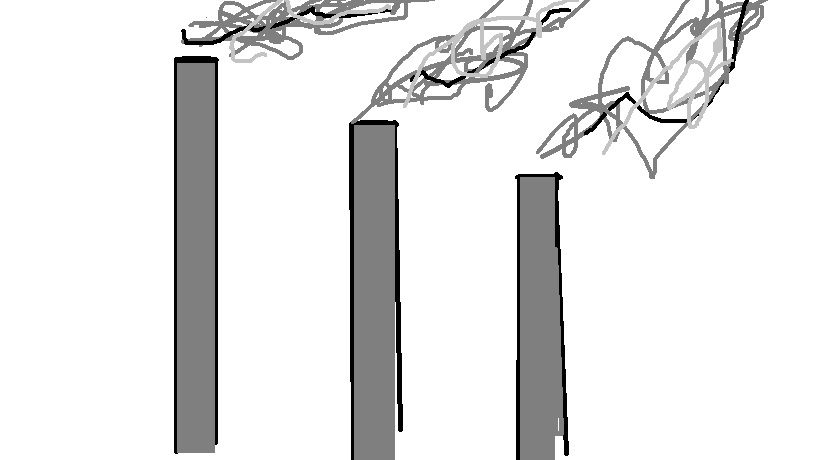 What Should Fuel our Lives?

Power To The Earth!

What is green energy? It means a lot of different things. To many it can save the Earth, and stop it from dying. Many scientists agree that Earth is getting warmer, and it’s man-made warming. Fossil Fuels are changing the planet in a bad way. Alternative energy can limit the amount of carbon dioxide pumped into the atmosphere. The more fossil fuels used, the more harm that’s done to Earth. Humanity shouldn’t be destroying it’s only home. The human race can’t just get up and leave, there’s no other place to go and start over.

Many countries have noticed the damage fossil fuels cause. In Great Britain there are towns and cities suffering from smog. What is smog? Smog is a type of intense air-pollution, mainly caused by burning coal and other fossil fuels. It causes people to suffer breathing issues, such as asthma or bronchitis. Nowadays Great Britain is trying to shift towards a more green path. Germany currently leads the world in the green-shift. Germany enacted something called The Renewable Energy Sources Act, or EEG. The EEG encourages more eco-friendly power generation in the country. Since then Germany has been shifting further to the green-side of energy production. Another step towards a better future, with renewable resources.

Power to the People!

Think about this: What is green energy made of? Where does it come from? How is it processed? What happens if it wears out? Green energy is not exactly “green” because the material used to make solar panels, windmills, etc. is toxic to the environment. Solar panels and wind turbines are made of non-recyclable and toxic materials. According to the Clear Energy Alliance, both wind turbines and solar panels contain either fiberglass or glass, which are both not recyclable or accepted in dumps or landfills due to broken pieces or impurities. Another problem is all green energy requires batteries for storage, usually either Lithium-ion or Lead-ion batteries. Regardless both are toxic, especially when the battery acid leaks into the ground. Not to mention, Lithium-ion batteries are known for exploding due to being too hot or cold, too wet, or even having too much pressure put on them. An example of a fossil fuel that is clean is natural gas. When it is burned, its byproducts are carbon dioxide and water vapor, which are essential for photosynthesis. It is called Natural gas for a reason.

Power is out, find the candles! Wait, can’t use those. Green energy can not meet the energy demand. According to CFact contributor Larry Bell, “60% of California’s energy currently comes from renewables … solar and wind combined presently contribute less than three precent of the energy demand”. Three percent, during the heatwave we had in summer? That is dangerous for everyone: Elderly, babies, emergency response, hospitals, anybody who needs power to help them stay alive and get through their day. According to the Clear Energy Alliance (use the link up top), Green energy companies are not bound, meaning that they do not have the money to clean things up, which causes power lines to spark and rusty transformers to explode. This is what sets California’s sky alight with the flames of burning trees. Fossil Fuels are very abundant, bonded so they have money if they need to clean anything up and 62% of the energy demand is met.

Many think that giving up fossil fuels means you are just giving up polluting power, right? Wrong! Nearly every object can be traced back to fossil fuels, and according to Apple, the laptop being used to type this article has aluminum which was mined with the power of fossil fuels. According to CFact, Joe Biden went without fossil fuels for a month, however he did not. Many things need fossil fuels either to be made or to get the materials that are needed. Everything from cell phones to surgical equipment. Here is a list from IAG (Innovative Advisory Group) of 144 petroleum requiring products we would have to give up: 144 products made with petroleum and 4 that may shock you, some may include toothpaste, car seats, even cell phones. That is just petroleum, imagine all the objects we have to give up. What would people be left with? Almost nothing!

Supporter of the Green New Deal, Ocaso Cortez, said “the ultimate goal of meeting 100% of the country’s power demand through clean, renewable energy sources and cutting greenhouse-gas emissions to net-zero” according to Business Insider. Many think that radical response is what’s needed to fix problems. Radical responses do not seem to solve any problems. Their timeline for net-zero emissions would be costly and near impossible to meet, since retro-fitting every car, home, and factory in the entire country would be costly, and there will be people who plain refuse. This is found in France as evidenced by the Yellow Vest Riots, which occured because of green policies that made gas and transportation prices skyrocket, which upset many low and middle class residents according to the Clear Energy Alliance.

Why would getting rid of fossil fuels be a good thing when it brings power to the people? In fact, why in every single controversial topic are there only two extreme sides: Good or Evil, Smart or Stupid. What about the middle ground? What about the people who are indecisive, or do not even care about the topic? There is a false binary out of the Four-Quadrant Model created by mathematician Erric Weinstien. The 4-quadrant model which explains here are four sections of opinion. There are contrarians, who just ask the right questions, Cavemen, who do not care, Opportunists who want money, and Angels who care about the topic so much.. Altogether, people can come to a compromise, make our energy half green and half fossil fuels. Do not force people to buy solar panels and electric cars immediately, let them decide on what they want. After this article what is the choice Go Green? Or Go Greed?