Which Ice Cream Would you Scream For? 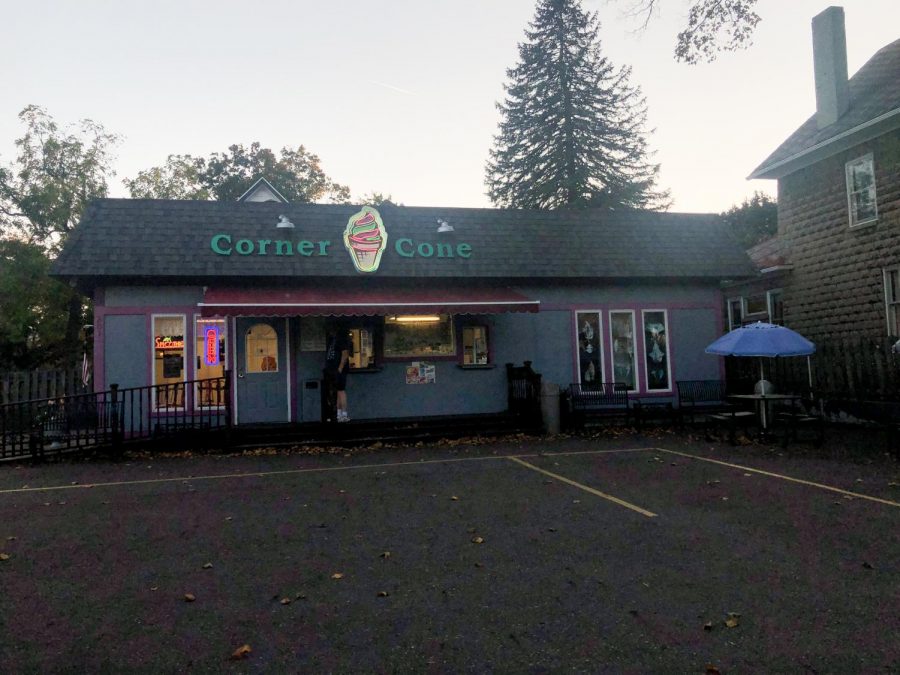 This is Corner Cone. A customer is in line to buy some delicious ice cream.

Corner Cone is a family-friendly place to go get some soft serve ice cream and have a good time talking and laughing. They have a nice environment and their location is easy to find.  They are close to the island and it is in the middle of town which is nice.

“I go there with family and friends all the time,” Conner Gullett, a junior at GLHS, said. “It is close to my house, so it is very convenient for us.”

Most people who live in Grand Ledge  can walk to Corner Cone because it is in the heart of the town.

Lick-ity split also serve soft-serve ice cream, but it is not the same quality as Corner Cone’s soft serve ice cream. Although some students prefer Lick-ity Split because is closer, Corner Cone has better soft serve ice cream because it is always fresh and chilled to perfection. Their customer service is also really good, which is shown by the way they treat their customers with respect and they always listen to them.  They make sure to get their order right and they make it fast for the customer.

“They are fast about getting the customers their ice cream and it is really nice because the ice cream is not that melted,” Gullett said.

Lick-ity Split is more laid back and slow about getting people their ice cream, which is in direct contrast to Corner Cone’s quick service. They also have many good flavors to choose from they have any kind of twist you want, popsicles,  sundaes, flavored bursts, and any special ice creams like banana split.

“Corner Cone is so much nicer than Lick-ity Spilt because it is not on a main road and it is a lot quieter to enjoy some soft serve ice cream,” Gordan said. 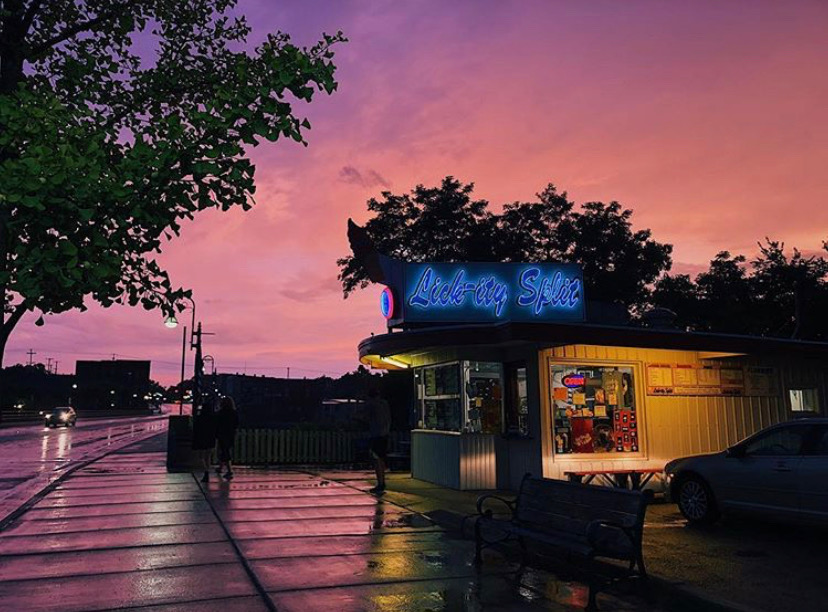 Sunset at Lick-ity Split. The view is often this scenic from the outside of the parlor.

For one, the service at Corner Cone is significantly slower compared to the laid back, but comparably faster, turn-around at Lick-ity Split. Lick-ity Split, a far busier and more popular option, manages to push out more ice cream in a faster amount of time than the lackluster and idle Corner Cone.

“Lick-ity Split has a superior ice-to-cream ratio,” said Ethan Cisler, a GLHS Junior, when asked about the difference in quality. “Their ice cream is far firmer compared to the disgusting slop served at Corner Cone.”

“I definitely Lick-ity Split’s ice cream,” says junior, Rob Miller. “Their ice cream got me through some hard times.”

But the most obvious question in this debate is a simple, yet extremely important one: who has the best prices? The answer is surprising. Typically, the cheapest option is one of the worst quality. However, on average Lick-ity split is a far cheaper choice.

To be fair, Corner Cone has admittedly one quality: the storefront. But even this is debatable. Most people look at the two stores and decide that Corner Cone has a better storefront and this might be true. Corner Cone is cleaner, they have a better parking lot, and they even have a statue of a vanilla ice cream cone. Regardless, I believe Lick-ity Split is far nicer. I, for one, can appreciate the grimy 1950s, right-next-to-Preston’s Bar- style of Lick-ity Split. And I think that most students would agree that Lick-ity Split has a far more nostalgic quality than Corner Cone, a prim and insignificant parlor.

“I can’t contain my nostalgic and loving relationship with Lick-ity Split,” said Jasper Nolan, a GLHS Junior, in an interview.

Overall, I think that a majority of students and Grand Ledge would agree that Lick-ity Split is ultimately a better option than Corner Cone for a broad range of reasons: Service, quality, price, and arguably storefront.